I have been busy bringing together over twenty-years of website work back to life.
Some of my readers might remember me, since I began communication right here.
The new website that I am building is a challenge. No longer working off my Mac so, I can stop that mantra in my head. You know the one: Go left not right - click once not twice.
My actual website has its own blog. It is a website builder so, I am working through the learning lessons to try to update subscribers to the newest content. I am using GoDaddy's website builder so, you can look at mine to get an idea of what you might be able to accomplish. Here is the link to the blog: https://rebeccalea.com/blog 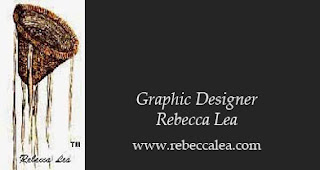 What I hope to accomplish with those that subscribe to the newsletter, when you see the above card, the information should be the new art, entertainment and storyteller information. 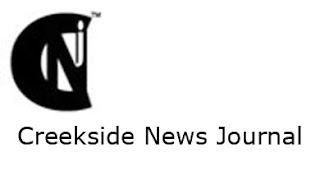 When this one pops-up in the newsletter then there is a new local news report based on where I currently reside in Arkansas.

Some of you might be wondering, What is with the Word for the Day?
I find myself surrounded by individuals that just seem to be lacking in the proper perspective on behavior, history and law.

So, call it mentoring to a larger audience. It allows me the opportunity to utilize a formidable education for the greater good.

Now, have a very good month. I have a lot of web work to put together.

Word for The Day: Cyberbullying

It has been some time since I have addressed the word; cyberbullying.

In 2006 and 2008, teenagers were the victims of cyberbullying in Missouri. Those incidents brought attention to the lack of laws to punish the criminals having damaging effects on the lives of others.

Today, there are about 45 states that have laws in their State's to legally address this crime. Before the cyberbullying laws were put into place, teenagers got the word out among their peers to stop being cruel.

So, here it is 2021, and cyberbullying is widespread among adults especially when politics has a voice in this abuse utilizing tech instruments and social media platforms.

Arkansas is one of the states that has a cyberbullying law (Ark. Code Ann. § 5-41-108.) Is it time for adults to wake-up and realize that it is not just young people that utilize their devices (internet, social media, phones, letters and gaming) that causes harm to others?

Even First Lady Melania Trump attempted to have bullying her personal project but, it got lost in the news cycles. So, what is cyberbullying?
Definition? Cyberbullying or cyberharassment is a form of bullying or harassment using electronic means. Cyberbullying and cyber-harassment are also known as online bullying. It has become increasingly common, especially among teenagers, as the digital sphere has expanded and technology has advanced. Wikipedia https://g.co/kgs/GkaQs4
What are the causes and effect of cyberbullying? Like all forms of bullying, cyberbullying causes psychological, emotional and physical stress. Each person's response to being bullied is unique, but research has shown some general tendencies. StopBullying.gov reports that youth who are bullied have a higher risk of depression and anxiety.
What is the purpose of cyberbullying? Cyberbullying is the use of digital-communication tools (like the Internet and cell phones) to make another person feel angry, sad, or scared. Online bullying is like in-person bullying in two key ways. It's done on purpose, and it tends to happen more than once.. understood.org
My message to seniors and young adults; cyberbullying is not just about oppression of teenagers and their silly, impulsive manners. There are adults that utilize all of the new telecommunication platforms. These tech platforms are harboring cyberbullying offences as well as breaking open meeting laws, which were created  to insure that citizens were informed, able to participate and elected officials followed government procedures.
Why do any of us continue to address the wrongs and continue the pursuit of Hope and being good mentors?
My answer to that question are the words spoken, to a group of journalists during a dark time of mis-information, by John Seigenthaler, "enduring values matter."
Posted by Rebecca Lea at 7:03 PM
Email ThisBlogThis!Share to TwitterShare to FacebookShare to Pinterest
Labels: "graphic designer Rebecca Lea", "greater good", "Holiday Island Arkansas", Arkansas, City of Holiday Island "government social media policies", cyberbullying, social media